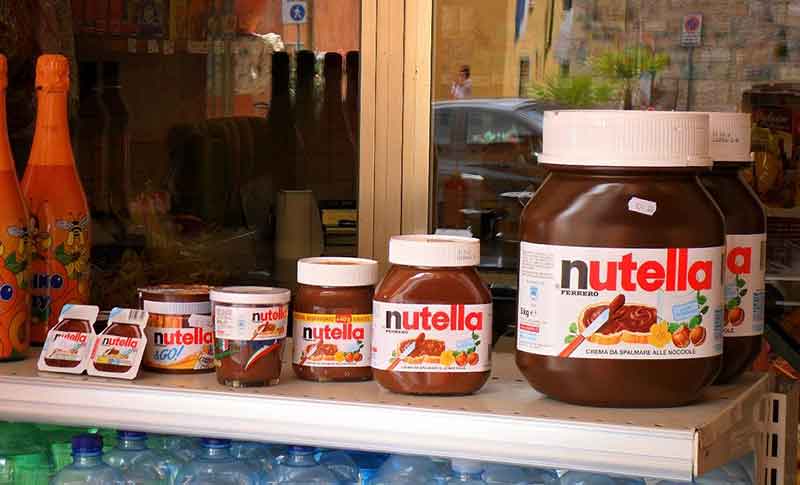 Hours before it opened, a line of fans were already waiting in front of Nutella jar shaped doors. The hardcore faithful arrived early to scoff a free menu item promised to the first 400 customers. A lucky few also blagged a huge jar of Nutella with a Chicago-themed logo.

“Chicago is well known for its flourishing food scene, so it was a top choice for us to have the Windy City as the home of our first cafe,” said Noah Szporn, head of marketing for Nutella North America.

So thanks to Nutella, Chicago now has a new sweet-toothed tourist attraction which fans have welcomed with open mouths. Just walking into this unique café is an experience –creamy white walls with dripping Nutella-colored decorations on the ceiling make visitors feel like they’re walking into a jar of Hazelnut spread.

Whether you’re looking for breakfast, a quick lunch or just a coffee, Nutella café has everything covered. There are sweet options, like Nutella-filled croissants and  liege waffles topped with warm apple compote and hazelnuts, covered in Nutella, as well as savory ones, like speck ham and gruyere panini. There are also salads for those who prefer something a little healthier.

Nutella has already held cafe pop-ups all over the country, but this is the first permanent one. Szporn said that they are considering opening more but no official announcements have been made.