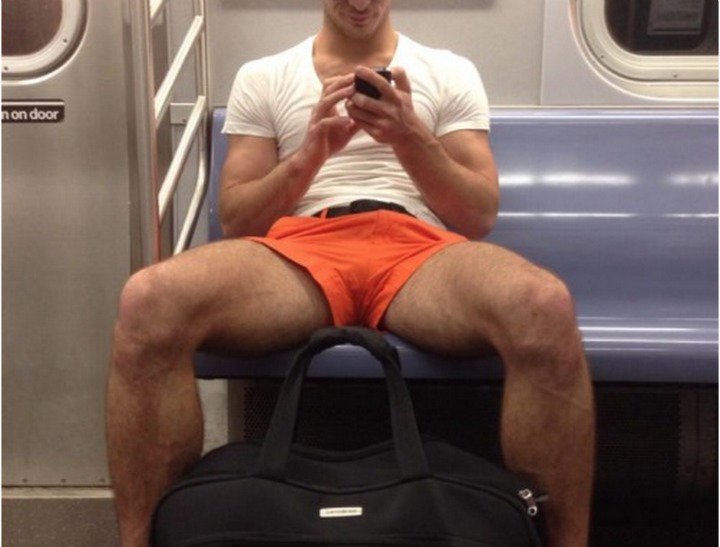 From airplane seats to public transport, the space we’re given to sit down in is getting ever smaller. Throw manspreading into the mix and you’d be forgiven for protecting your sliver of personal space with ferocious territorialism.

This is exactly what’s happening on the streets and seats of Madrid. The city is fighting back against a habit that’s been gaining headlines in recent years – manspreading.

Madrid’s campaign has the sole goal of stopping manspreading before it spreads any further (pun intended). New signs dotted around public transport feature a figure that is manspreading – his legs are casually splayed apart, partially blocking the seats either side of him. As the name suggests, men make up the majority of manspreaders.

The campaign seeks to shift passengers’ attention to “the need to maintain civic behaviour and to respect the space of everyone on board the bus,” as Spanish bus operator EMT has previously stated regarding the signs. Madrid officials are hoping that the signs, designed to be slightly tongue-in-cheek and embarrassing, will deter people from future manspreading.

The current campaign began life online, when a group of annoyed women started protesting about negligent males taking up unnecessary space on the tube. The women’s group Mujeres en Lucha (Women in Struggle) organized an online Change.org petition that gain momentum and eventually pushed Madrid officials to act on the problem.

The petition collected more than 12,000 signatures, and the group also used the hashtag #MadridSinManspreading (“Madrid Without Manspreading”) to promote their message, posting photos of wrongdoers on their Twitter account and making fun of them.

A global epidemic of manspreading

But Madrid isn’t the first city to crack down on the manspreaders. In 2014, the Metropolitan Transportation Authority tried to put an end to manspreading through a series of posters aimed at improving common courtesy on the New York Subway. “Dude… Stop The Spread, Please”, the posters read. “It’s a space issue.” 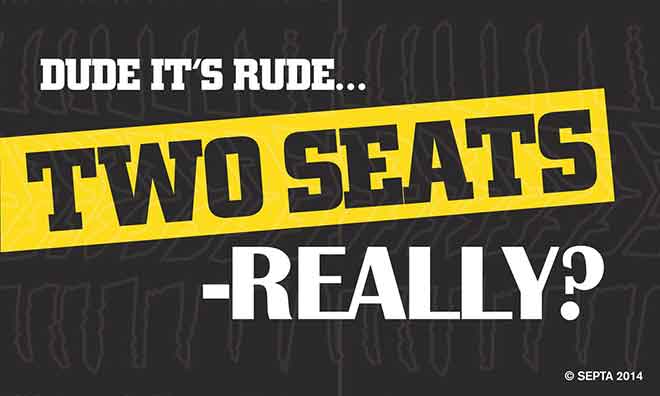 Manspreading by any other name

Given the gender-specific nature of manspreading, naturally the campaigns have had their fair share of critics. More recently, some males have decided to fight back with their own version of personal space invasion – femspreading. A Facebook group dedicated to the issue posts hilarious pictures of women who, much like manspreaders, take up more than their fair share on public transport. We’re talking handbags, lying across multiple seats and even a woman chopping onions on a subway train.

Wherever you sit on the manspreading/femspreading debate, the campaigns in Madrid, New York and Philadelphia prove that it is fast becoming a global issue. People are no longer willing to sit quietly and put up with spreading of any gender. Perhaps, to make it a bit fairer, peoplespreading should become the next big thing?

Taipei Forest Bus has Everyone Lining Up for Daily Commute