DNA Confirms Hunter Gatherers and Ancient Farmers Had It Going On

Written By Ana Sabo
in History 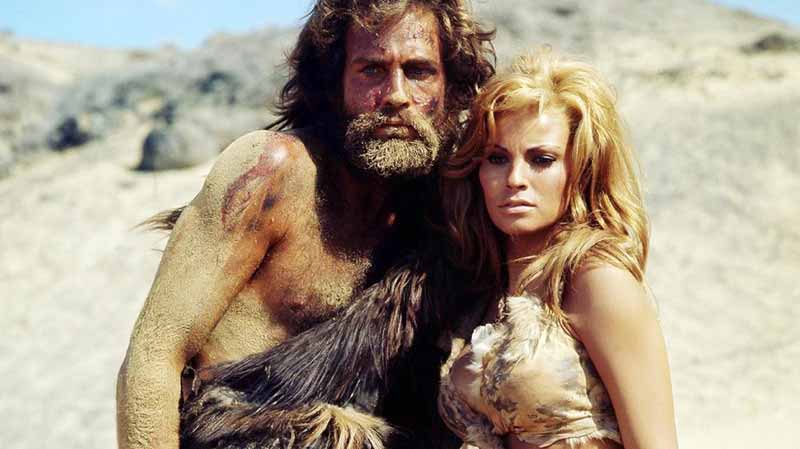 Raquel Welch and John Richardson co-starred in the 1966 film One Million Years BC. A commercial success, Don Chaffey's film highlighted the development of the two-piece bikini by early humans. (Photo: Youtube)

Since time immemorial we’ve been on a quest: seeking to carve out an existence that’s easier and better than the lives our forbears led. Humanity has shifted from one lifestyle to the next throughout our history, and one of those biggest turning points was our transition from the transient lifestyle of hunter-gatherers to more stable farming societies.

Ancient humans used to get their food from the wilderness – surviving by catching fish, hunting game, and foraging. But then farming took the world by storm, spreading from Western Asia across Europe and other regions.

Nowadays, we can all agree that agriculture was a huge improvement for the benefit of all. But what were the effects of the agricultural revolution on hunter-gatherers? How did they react when they first encountered farmers and their new-fangled ways?

But it turns out that ancient hunter-gatherers and farmers had a more complex relationship than was previously assumed. Researchers at the University of Potsdam in Germany analysed four ancient human genomes from the area today known as Romania from between 8,800 and 5,400 years ago – and what they discovered was not what they expected.

The goal of the study was to determine the extent that farms and hunter-gatherers might have been related. Surprisingly, results seem to indicate that these two very different communities didn’t only live alongside each other, but also interacted and interbred.

In their study published in Current Biology journal, the researchers detail their analysis of genome samples that indicate two ancestral points of origin: Western hunter-gatherers and Anatolian farmers.

Bone analysis further showed that these ancient peoples ate a varied diet, including both land and aquatic foods. Although these results do seem to prove that the hunter-gatherers and Anatolian farmers mixed, it’s still unclear whether hunter-gatherers integrated with incoming farmers’ newly established communities, or vice versa.

Read more: Want To Live In A 3d Printed House

Previous studies have suggested that in Western Europe the transition occurred due to the movement of communities, while in Latvia and Ukraine cultural diffusion sparked the change. In this new study, researchers focused on Romania since it lies between these two geographical areas.

Michael Hofreiter, one of the study’s co-authors, said: “We expected some level of mixing between farmers and hunter-gatherers, given the archeological evidence for contact among those communities. However, we were fascinated by the high levels of integration between the two communities as reconstructed from our ancient DNA data.”

Hofreiter continues: “[While] we still do not know the drivers of this gradient, we can speculate that, as farmers encountered more challenging climatic conditions, they started interacting more with local hunter-gatherers. These increased contacts, which are also evident in the archaeological record, led to genetic mixing, implying a high level of integration between very different people.”

The researchers at University of Potsdam are planning further study of the interactions between these early peoples and their diverse outcomes. They also want to remind the scientific community of a simple fact that the rest of us already knew: relationships are complicated.