Written By Ana Sabo
in Tech 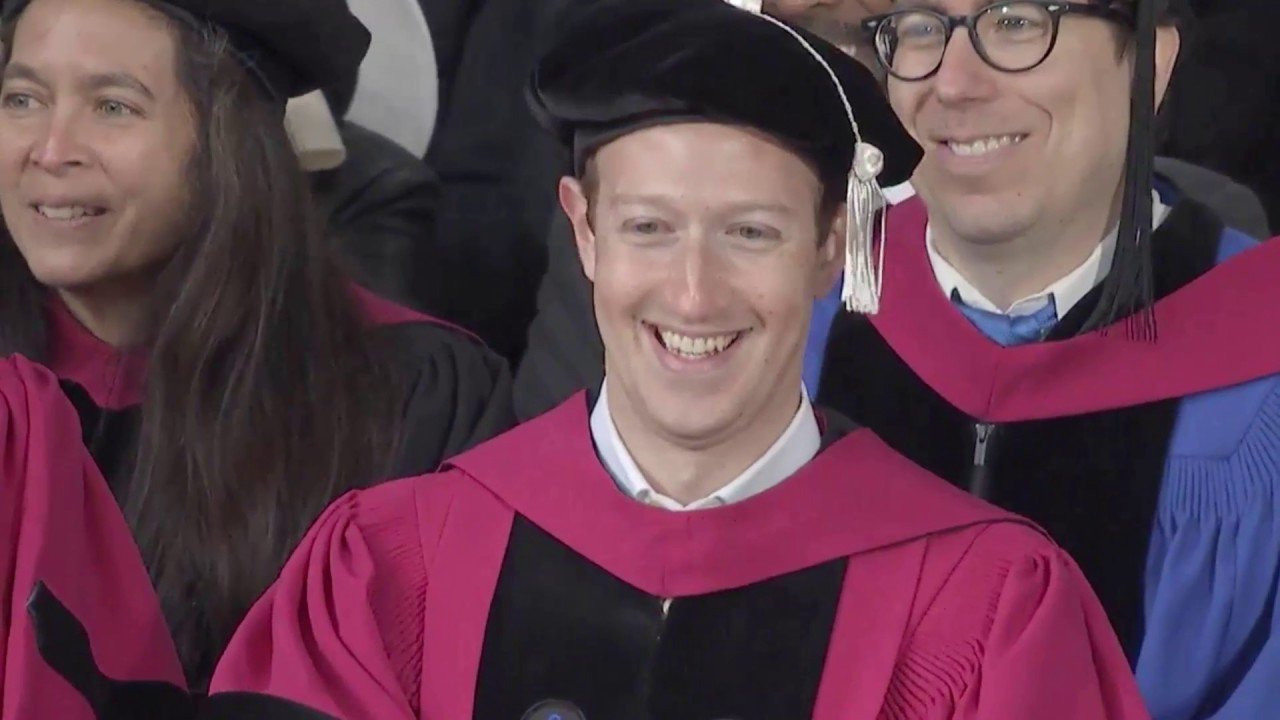 Mark Zuckerbeg, the 33-year-old Facebook CEO, recently returned to Harvard, to receive an honorary doctor of laws degree after having dropped out 12 years earlier. Of course Harvard is where the Facebook story began. However, it’s the meeting of his now wife, Priscilla, that he highlighted as the most significant event during his time at Harvard while addressing the 2017 commencement.

Collecting an honorary degree in the same commencement ceremony was Darth Vader. The Sith Lord received a warm welcome despite destroying the planet Alderaan and all it’s inhabitants during the Clone Wars.

Renowned composer John Williams was also honored during the ceremony. The maestro whose past work includes the film scores for Star Wars, Jaws and Indiana Jones was treated to an A capella mix of his own works by The Harvard Din & Tonics.

Even though Zuckerberg said he would never be returning to Harvard, this visit clearly stirred old memories for him, especially during a visit to his old dorm room, which he filmed on camera.

“This is literally where I sat”, he says, showing a small wooden desk and chair inside Kirkland house. He points to the place where he had his “little laptop” and where he programmed Facebook, which is now one of the biggest tech firms, with nearly two billion members worldwide.

Zuckerberg, who is the youngest commencement speaker in Harvard’s history, relived some of his college memories during the speech. Starting at the beginning, he mentioned Facemash, which is to most of us familiar from the movie The Social Network. However, Zuckerberg said that even though the movie made it look that way, Facemash didn’t play such a big role in creating the Facebook, as it played a huge role in something else – if it hadn’t been for Facemash, Zuckerberg wouldn’t have met Priscilla, his wife, who is now the most important person in his life.

Still, if the site hadn’t made Harvard furious due to numerous complaints from students about the premise, Zuckerberg might not have started working on his new website – he said that he had been inspired by the success of Facemash, and decided to use this inspiration to create a website to connect people.

In his speech, Zuckerberg urged graduates of his alma mater to follow his example and “build great things.” He spoke about themes of equality, inclusiveness, and opportunity, emphasizing the importance of making a change.

He said that it’s important that we find our purpose, but the real challenge is to “create a world where everyone has a sense of purpose.”

“Change starts local. Even global changes start small – with people like us”, Zuckerberg told the students in his inspirational speech. “Let’s do big things… not just to create progress, but to create purpose,” he invited the graduates, explaining that this generation needs to find creative solutions to social problems.

After the speech, he posted a picture of him posing with his honorary diploma and his parents. “Mom, I always told you I’d come back and get my degree,” read the caption beneath it.